So it's been a year since this amazing show and I'm sad to report Melinda Hannigan passed on July 1, 2016 surrounded by her family. Very sad. Makes me so happy we had the final show of her artwork here at the gallery.  What a woman! What a spirit! She will be missed!

For those who were unable to attend, Boxing the Compass, a book of paintings from the show published by the gallery is available at Blurp Books.

July 2015, opening of Melinda Hannigan's paintings show, fellow artists and supporters from Equinox Studio in Seattle traveled to WaterWorks Gallery in Friday Harbor to Boxing the Compass. A very special moment to share. Thank you to all who attended.

Years ago when my husband was starting his maritime career the practice of steering by compass points was still used, particularly in the San Juan Islands. The old salts working for the ferry system clung to this practice far longer than most. A young sailor would demonstrate his ability to steer by boxing the compass, reciting the points on magnetic compass card for a full 360 degrees. Gone are days when an officer would sing out "North by West a quarter West". As gyro compasses became more reliable and less expensive the use of steering by points on a magnetic compass has become a lost art.

The inspiration for my paintings comes from the working side of the maritime world—the colors and textures of tankers, container-ships and rusty old bulk carriers. I've known this environment all my life. The colors and markings on these working ships are endlessly varied and often starkly beautiful, especially at the waterline. The rusted scrapes, drips and smears; the characteristic lettering and numbers, give each vessel a distinct personality. These ships travel the world, and each port they visit leaves its mark, which inscribes the story of each ship on its skin. Most of my work begins with an image from this seldom-painted side of the maritime world. Rather than paint a ship from stem to stern, I focus in “close-up” on its markings.

I keep in mind a favorite saying of my teacher Charles Emerson: “Reality is highly overrated.” I thus manipulate color, perspective, composition, and texture, and as a result, my paintings include realistic images that become abstract canvasses.

Paintings by Melinda Hannigan • All Paintings • All Artists 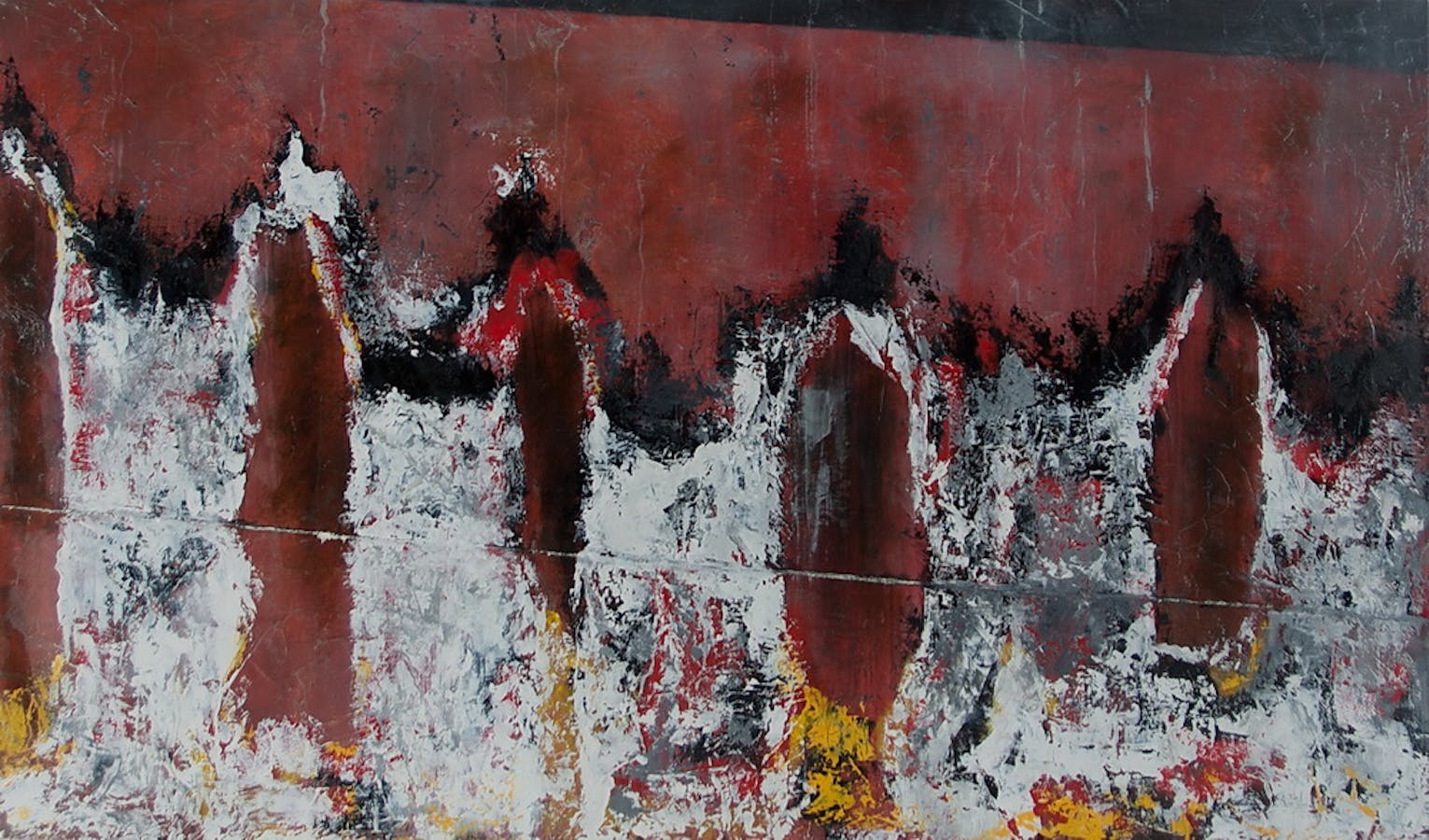