A second-generation rattan weaver, Deloss Webber not only makes his livelihood from fiber arts, but also has been exposed to and influenced by numerous ethnic forms of weaving since an early age. Webber was born in 1951 and spent his childhood in Northern Africa, Spain, and throughout the United States. He learned various weaving techniques from his mother and for over 30 years has continued to evolve as an artist by not only the ongoing development of his fiber sculptures, but by also challenging his own artistic parameters by experimenting in other mediums.

The artist views his treatment of the stones as an expression of reverence for nature. He takes into consideration the individual qualities of each stone, its contours, color, and size, and melds them with his own design of wrapped and woven fibers. He unites the organic with the inorganic creating a new form. 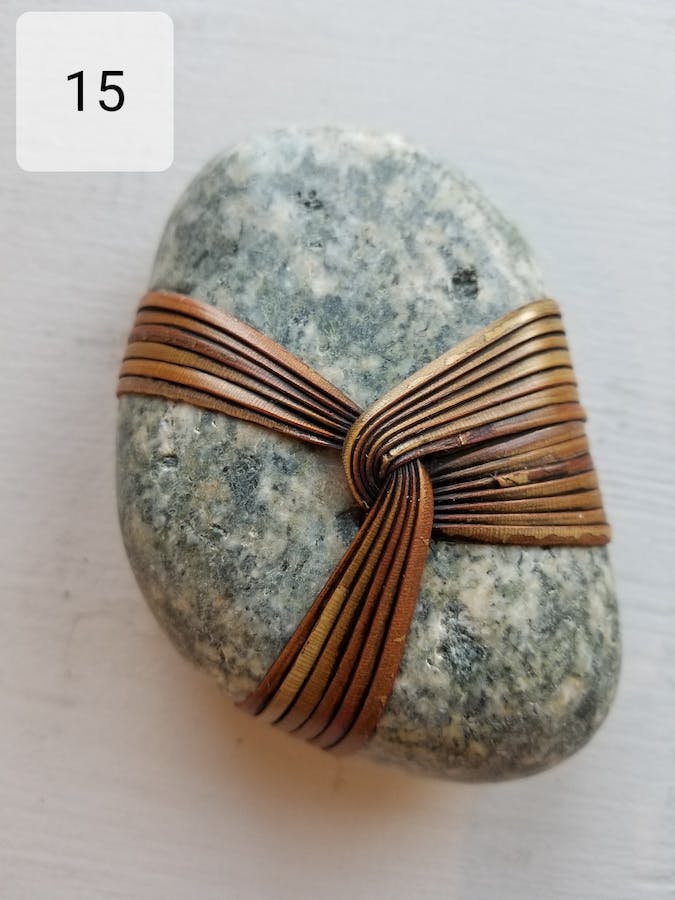