Throughout his life, Steve Mcmillan has been inspired and sustained by the natural world and has spent much of his time outside. Whether it's a bike ride in the Bellingham area countryside, or a week-long backpacking trip in the high Sierra, he is renewed and invigorated by being in and moving through landscape. It is this sense of renewal that he seeks to share with others.

Aquatint etching is a technique that produces a full tonal range and rich texture in etchings. An aquatint is created by etching sections, rather than lines, of a plate in order to create areas of uniform tone. An aquatint is prepared by applying resin or a similar ground to a metal plate, which is then heated, thus adhering the ground to the metal. This gives a roughness or grain to the plate which adds texture to the image. The plate is then immersed in an acid bath, which bites or etches the plate and creates areas which will hold the ink. The design is created with gradations of tone achieved through repeated acid baths combined with varnish used to stop out areas of lighter tone. Aquatint is an intaglio process, so prints made in this manner will have a platemark. Aquatinting, with its areas of tone, was often used to duplicate the feel of a watercolor. Aquatints were invented by Jean Baptiste Le Prince around 1768, but became especially popular among British printmakers in the first part of the nineteenth century.

The image size posted is image only, not paper size and the prices posted are unframed.

Video of Stephen explaining how he does the work:Click here

Prints by Stephen McMillan • All Prints • All Artists 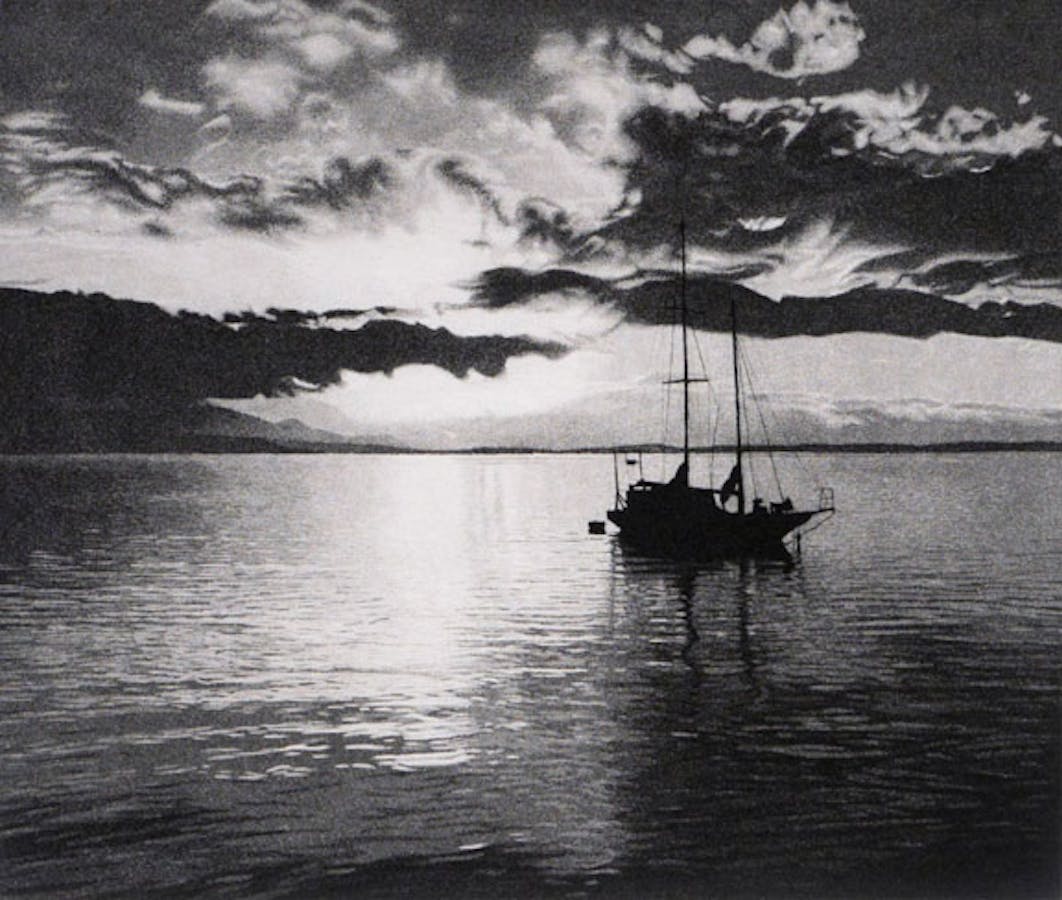