Virginia McCracken is an artist who creates small-scale assemblages …. imaginary worlds inside boxes that are inhabited by papier mache figures. The expressively detailed characters are of unknown species, generally related to cats, dogs, rabbits, and horses, but not quite, and sometimes not at all.

She creates evocative habitats for these creatures, some minimal and mysterious, others crafted like stage sets or rooms. There are no explicit stories, although a hint of narrative is often contained in the titles. The characters are sometimes engaged in activity or relationship, but some are contemplative and alone. The miniature works have been described as whimsical and touching, humorous, as well as dark. The artist is inspired by make-believe and the notion of secret interior worlds. The viewer must step up close because of the small scale and is drawn into the intimate, ethereal realm of each piece and into his or her own story.

For the Love of Paris 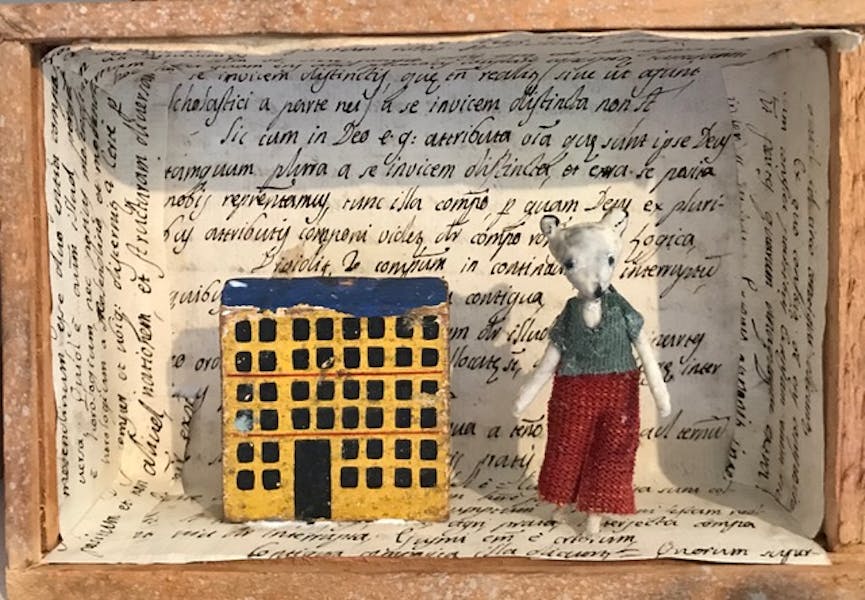 For the Love of Paris 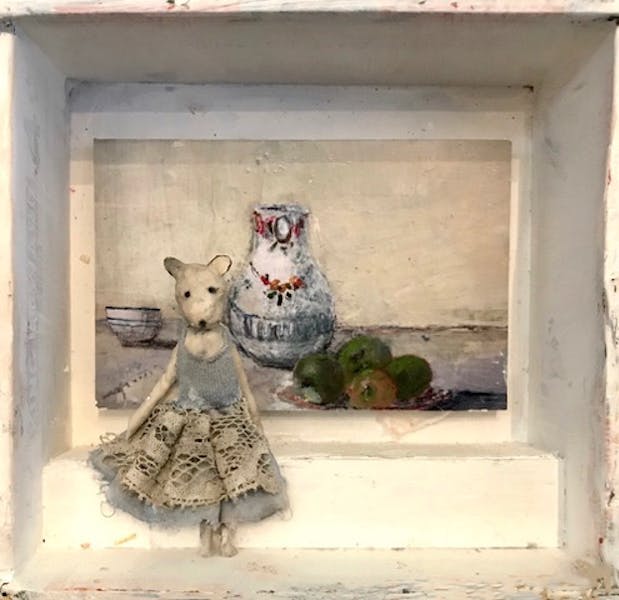